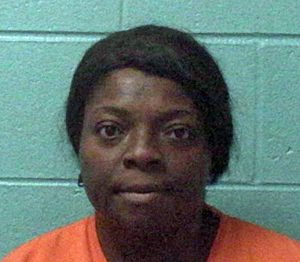 Two people from Toccoa and one from Lavonia are charged with

trafficking in methamphetamine after an investigation by agents with the Appalachian Regional Drug Enforcement Office and the Franklin County Sheriff’s office.

ARDEO spokesman Trent Hillsman tells WNEG News on August 21 investigators concluded a narcotics investigation which resulted in the seizure of approximately one pound of Methamphetamine.

All were arrested as the result of the investigation. They include: 18-year

old Samantha Breanna George of Toccoa who is charged with Trafficking Methamphetamine,

38-year old Keondra Latrice Smith, also of Toccoa who is charged with Trafficking Methamphetamine,
Failure to maintain lane, and driving on a suspended License, and

The three were transported to the Franklin County.

ARDEO encourages citizens to report any suspicious drug activity via Facebook IM or at 706-348-7410 or contact your local Sheriff’s Office or Police Department.