The LakeHouse Tavern in Lavonia Destroyed by Fire Saturday 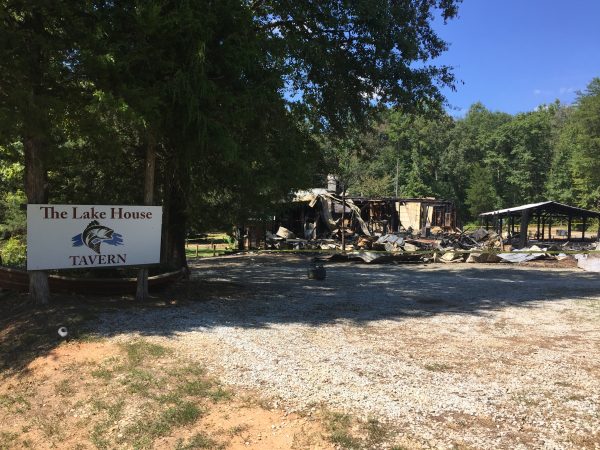 The LakeHouse Tavern in Lavonia lies in ruins after a fire destroyed the restaurant Saturday.

David Rudolph lives directly across from the restaurant on Rock Springs Road.

He told sister station WLHR he was playing golf when Saturday morning his wife called him about 9:30a to say the popular eatery was on fire.

“She said it looked like it started on the back patio, not inside,” he said. “She said it went up pretty fast.”

Hart County Administrator and EMS Director Terrell Partain told the Hartwell Sun by the time firefighters arrived the building was engulfed in flames.

He said the restaurant is a total loss, and an investigation is underway to determine the cause of the blaze. Partain said no one was injured.

The property was originally purchased in 2005 by William and Martina Barnes who operated a German restaurant there for several years called Frohmuller’s.

After they retired, they leased the property to Jason Forkin who operated an American eatery called, Froh’s.

In 2014, Forkin was gunned down inside the restaurant by Sammy Chumley who later killed himself and his ex-girlfriend who worked there as a waitress.

Tammy and Maria Tillinghast purchased the property from the Barnes in 2016.

Last year, they leased it to Brian Highsmith who opened The LakeHouse Tavern in November 2018.

On the restaurant’s Facebook page, Highsmith wrote: “Sad news to report.. The LakeHouse Tavern burned down this morning. We’ll be closed indefinitely. We’re still trying to figure out exactly what happened and will post updates as often as possible. Thanks to everyone who has supported us! “