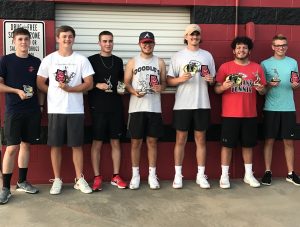 The Stephens County High School tennis teams held their end-of-season celebration on Thursday, May 16 at the SCHS tennis complex.

Award winners from the Indians boys team are:

In addition, Senior Ben Smith has been named an All-Region player all 4 season at SCHS.

The 4 Indian boys players and 2 Lady Indian players were the most SCHS players named to All-Region ever.

And the 8 senior players, 7 boys and 1 girl, represent the largest group of seniors ever in the SCHS tennis program.