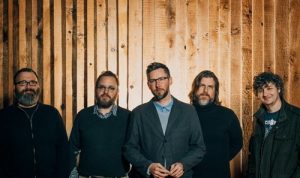 Members of the indie-rock band Luxury will be back in Toccoa later this month for the showing of their documentary film, Parallel Love – The Story of a Band Called Luxury.

It’s the full-circle story of five former Toccoa Falls College students who, through a series of events, lost their claim to fame and fortune, but came out on the other side still rollin’ and still rockin.

And for three of them, that loss was turned into a calling to the priesthood.  Parallel Love-The Story of a Band Called Luxury

Luxury began playing together as The Shroud at Toccoa Falls College in the early 1990s, then changed their name to Luxury just before signing with Tooth & Nail Records and releasing their debut album, “Amazing And Thankyou.” 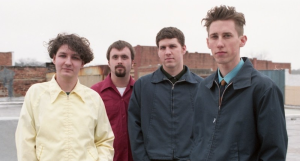 In late 1995, a bad highway collision between touring engagements resulted in most of the band’s members being hospitalized.

In the intervening years, they continue to make records and three members become Eastern Orthodox priests.

Through interviews and archival footage, Parallel Love tells the story of Luxury and documents the making of a new record, now as priests.

Ritz Theatre Manager Tami Mayhugh says in addition to the showing of the film, Luxury band members will also make an appearance.

“I think it’s going to be a really interesting film,” Mayhugh said. “And then after the film, the band is going to be here to do a Q&A with the audience. So, all these questions that I have and that audience members have after the movie, they’re going to actually get to talk to the band members about it.”
The group is still writing and recording music, but with a different sound, and are about to release a new album.

Tickets for the film, Parallel Love – The Story of a Band Called Luxury are $10 for adults, $5 for children 12 and under and students with an ID.  They are available online, at the Toccoa Welcome Center, or at the box office.

For more information on the performance, please contact Ritz Theatre General Manager Tami Mayhugh at tmayhugh@cityoftoccoa.com or via phone at 706.244.0039.