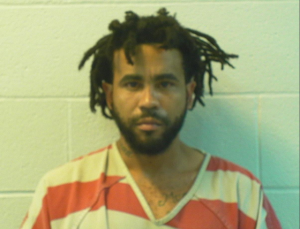 As WNEG News reported in August 2021, Prather was arrested following a series of shootings in Stephens County.

At the time, Toccoa Police Chief Jimmy Mize told WNEG News that a shooting at Buddy’s Kwik Stop, at the corner of Currahee Street and Big A Road happened just after noon on August 1, 2021.

Mize said the Toccoa Police Department was alerted of a shots fired call at the Marathon Gas Station, known as Buddy’s Kwik Stop, and were on scene in just a few minutes.

There was witnesses calling into the 911 center and giving information on the shooting when officers arrived at the gas station, where they found one male victim, who was shot in the leg while in his vehicle.

After shooting, the suspect exited the parking lot and was headed out onto Currahee Street.

The victim was stabilized by Stephens County EMS and airlifted to Gainesville to Northeast Georgia Medical Center.

The other shootings reportedly happened at Tony’s General Store on Highway 123.

Stephens County Sheriff Randy Shirley told WNEG News, at the time, that there were two victims involved in these shootings, one was transported to Northeast Georgia Medical Center and the other to Stephens County Hospital.

Mize said that Erik Carter and Corp. Kenneth Frady performed a felony traffic stop on Prather at the Valero Gas Station on North Big A Road.

Prather was taken into custody without incident.