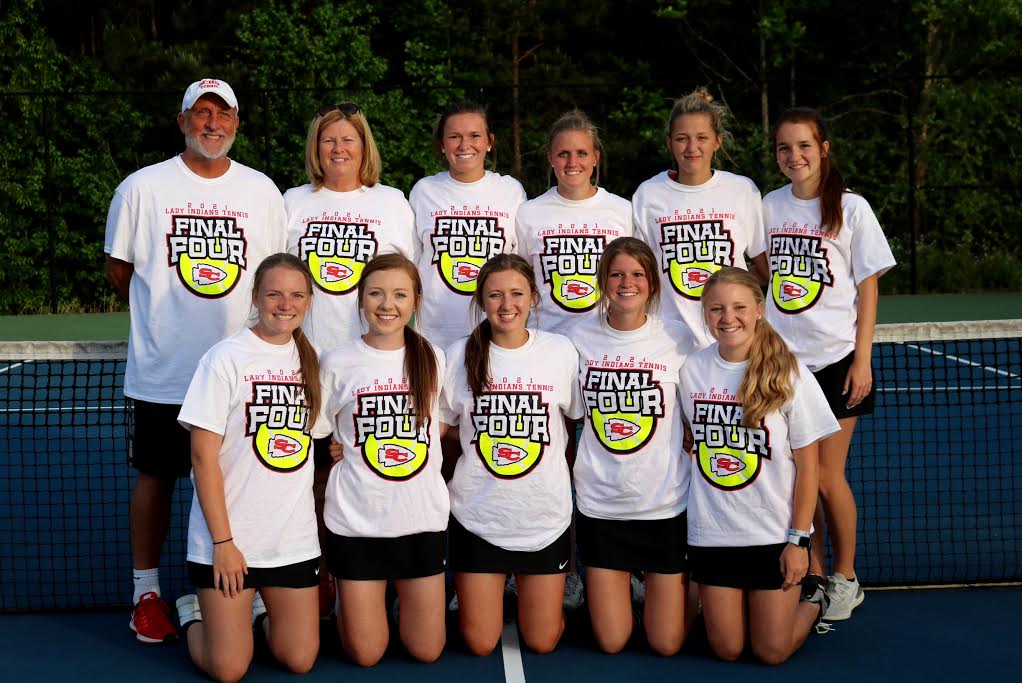 The Stephens County Lady Indians tennis team’s season came to an end Friday night with a 3 to 1 home loss to Greater Atlanta Christian in the State semi-finals.

GAC, rated number 2 in the state, took both doubles matches before Madison Rogers won at #1 singles, 6-4, 6-0.

GAC clinched the match with the #3 singles win.

GAC will go on to play Westminster for the state championship scheduled for Saturday, May 8th in Rome.  Westminster defeated Region 8-AAA champ, Oconee County, Thursday night to earn a berth in the title match.