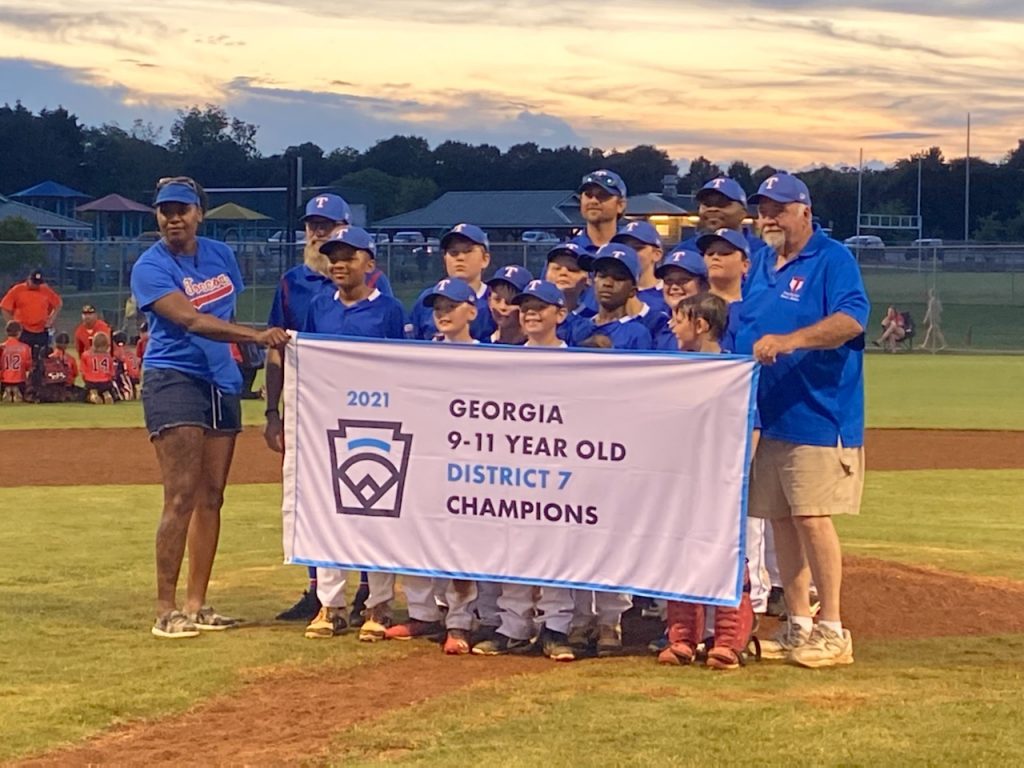 Hart County jumped out to a 3-0 lead in the top of the first inning taking advantage of 3 hit-by-pitches, a walk, and two hits.

Toccoa scored one in the bottom of the inning on Duke Collins Sacrifice fly scoring Dylan Elrod.

Hart County added another run in the 2nd inning on Slate Osborne’s RBI to make the score 4-1. The score remained there until the bottom of the 4th when Isaiah Patterson, Caden Hamilton, and Langston Brooks all walked. After one out, Dalton Caudell was hit by a pitch to score Patterson, Elrod had an RBI single scoring Hamilton, Lincoln Hicks had an RBI single scoring Brooks, and Duke Collins RBI gave Toccoa the lead when Caudell scored. Elrod would score Toccoa’s final run in the inning and game on a wild pitch.

Patterson pitched well for Toccoa after the tough first inning going five innings and allowing 4 runs, 5 hits, and striking out five to get the win. Hamilton pitched the scoreless sixth inning and got the save.

Toccoa’s 11U team will now travel to Dudley for State tournament play and will meet the winner of Northern of Columbus and Smyrna Blue on July 18th.

Franklin County defeated Toccoa 8-3 in the 10U Final on Wednesday night. It was a great run for Toccoa after losing the opening game and winning the next two before falling.