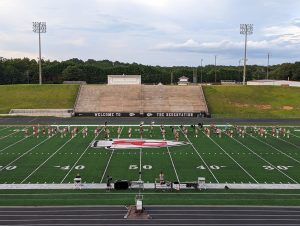 The Stephens County High School Band and Auxiliary are getting ready for the 2022 marching season.

This year, the band’s halftime production titled “Secret Agent” will include the James Bond Theme, music from the Incredibles, and the Mission: Impossible theme.

The Pregame show will be performed for the first time this year at Red Rage, which begins at 6 pm on Thursday, August 11th, in the SCHS Football Stadium.

The halftime show will debut at the Indians football season opener at home against Habersham Central on August 19th.