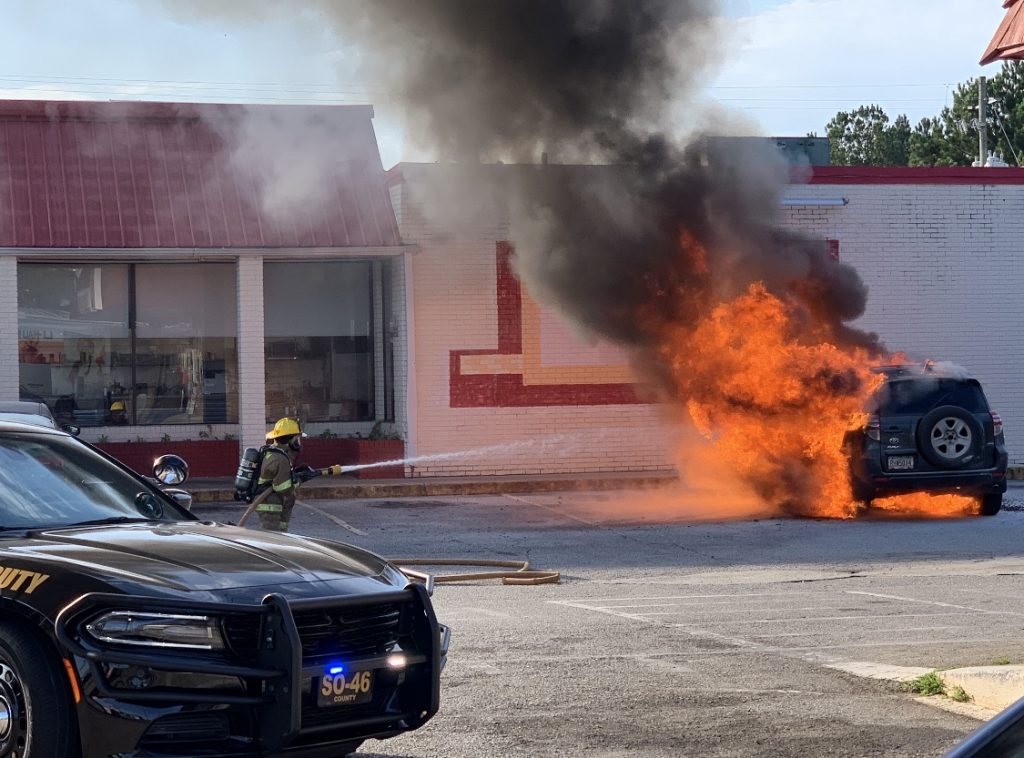 Two sheriff’s deputies were first on scene of a car fire that occurred this morning in Stephens County.

According to local law enforcement, one deputy was traveling on Big A Road when he came up behind a Toyota Rav4 that was smoking.

The vehicle eventually pulled into the parking lot of B & H Diner where the driver and his passenger were able to escape the smoking vehicle without injury.

Shortly after, the vehicle caught fire.

By the time, firefighters from the Toccoa Fire Department were able to respond, the entire vehicle was engulfed in flames.

Shortly after their arrival, firefighters were able to knock down and extinguish the flames.

At this time, the cause of the fire is still unknown.

WNEG News will continue to follow this story and bring you additional details as they become available.