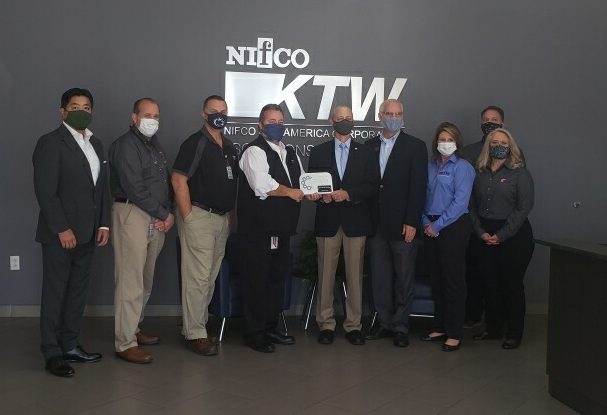 Stephens County’s Nifco KTW America is the recipient of the Georgia Department of Economic Development’s 2020 Georgia GEAR Award for Supplier of the Year—Employing 200 or more people.

On Wednesday, leaders from the Georgia Department of Economic Development’s Global Commerce Division came to Toccoa to recognized Nifco KTW with the award.

Nifco KTW President Joe Hibdon says he is thankful for this recognition from the State of Georgia.