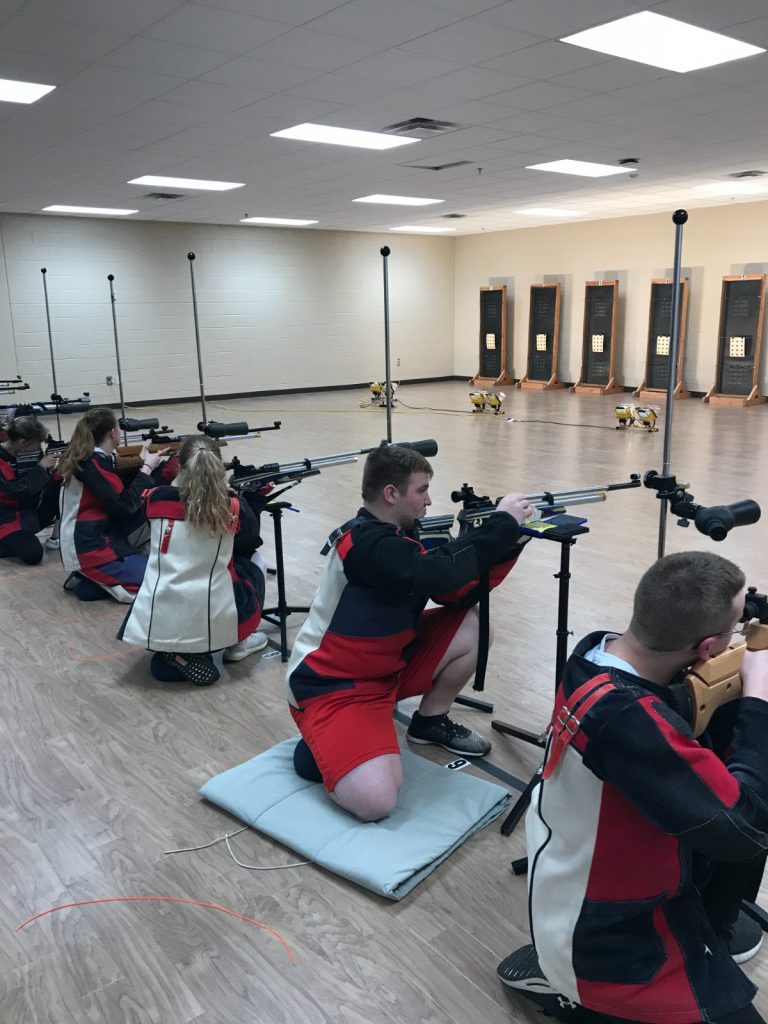 The Stephens County High School Rifle Team defeated Southeast Bulloch at home in the first round of the GHSA Riflery Playoffs.

The Indians finished ahead of Southeast Bulloch by 13 points, scoring a season high 1,097 points.  Brianna Benfield led both teams in scoring with an individual score of 278 out of 300.  Scoring also for the Indians were Kevin Bayles (275), Shay Fischer (272), and Josie Mangiapane (272).

The win earned the team a berth in the state semifinals.  The Indians will host that semifinal match Wednesday against Union Grove at 1:00 PM.

The winner of the semifinal match will advance to the GHSA State Riflery Championship that will be held in Griffin on April 24.