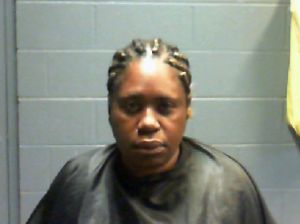 In Franklin County, Royston Police have broken a shoplifting ring that netted hundreds of dollars in merchandise and two arrests.

While officers were enroute to the Bi-Lo, the caller told 911 dispatch that one of the suspects, a black female, had struck an employee and was running out of the store.

According to that witness, a black male was waiting in a burgandy Toyota Corolla in the store’s parking lot yelling to the female to hurry up. 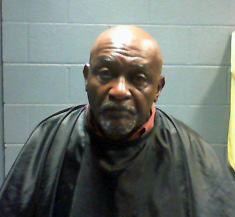 Bolemon said however, as the female got into the vehicle and they began to speed away, a white truck pulled in front of the Toyota and blocked them long enough for Royston Police arrive.

After a brief struggle Royston Police Officers Johnson and Adams were able to arrest the pair.

They are identified as 49-year old Angela Harris of Anderson, SC and 62-year old Judson J. Gaines also of Anderson.

Inside the Toyota, Bolemon said his officers discovered a number of large 55-gallon trash bags containing a cache of stolen items, including clothes, over-the-counter medications, cleaning products, toiletries, and a large quantity of Schedule 4 drugs not in their original containers.

All of the other items, he said, were new and still in their original boxes or containers.

Bolemon said his officers have seen people selling these types of items at local flea markets and he believes that’s what this couple was attempting to do with the stolen merchandise, based on a comment made by the female suspect.

All of the items taken from the Bi-Lo were returned to the store, but the Chief suspects there are other retailers and businesses in the area who were victims of the couple and the investigation is continuing with the assistance of the Hart County Sheriff’s office.

Meantime, Harris is charged with Simple Battery, Retail Property Fencing, Possession Of Schedule 4 Drugs, Obstructing Of Law Enforcement Official And Drugs Not In The Original Container.

Gaines is charged with Retail Property Fencing And Possession Of Drug Related Objects.

Both are being held at the Franklin County Detention Center awaiting a bond hearing.